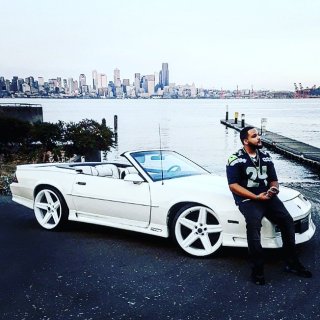 My name is Maribased1. And my name comes from paying homage to Lil B the Basedgod. So I took the second half of my real name and added based to it. So now you got maribased. Then I added the 1 at the end because I’m the 1. Now all together you got Maribased1.

I’m from Seattle Washington. I attract all type of people because my music is very versatile but mainly the new era type of folks. I have been doing music since my senior year of high school back in 2014.

Yeah I’ve network with a couple other local artist such as NorthWe$tB1, NorthWe$tBuda, Mr. Benjamin 2008, DJFunkDaddy, Dj Don Gee, BrandonThePro, ZennyShikor, ChildishBoys 116, Bandz Marino And many more. Those are just a few I’ve named. There is plenty more!.

Some of my greatest influences are Mr. Benjamin 2008, Lil Wayne, and T.Pain. Because all 3 of them all started from the bottom and made it to the top with hard work and dedication in there own way. They even got 3 different type of music styles that I grew to like and take note on.

Honestly I don’t feel no type of way towards people that don’t like my music because I know my music isn’t for everybody. My dad always told me “it’s not what you like, it’s what the people like”.

So just because somebody does not like your music doesn’t mean the next person will not, ya know?. I’m Very Humble.

I got 2 music videos out right now called ‘So Bright’ produced by BrandonThePro out of Seattle. And I got another video called ‘Rippin & Runnin’ produced by Yuppiebeats from overseas.

You can find both videos on Facebook. You can find all my music on Soundcloud, Datpiff, Spinrilla, YouTube, and http://mixtaphub.com . http://mymixtapez.com  all you gotta do is search up MARIBASED1. Shout out my whole team! BJ&J Ent, Mr. Benjamin and everybody else that is rocking with me! Ya feel me! MB1! I’m INMORTAL Seattle music is real #winning #nextgeneration #newEra

50cent 520promo 2016 2018 A Ain't All AND Baby Back Bag Big black Boi business by da Don Dope FEAT FEATURE featured Fongsaiu For FREESTYLE ft Game General GET GO Got gunit HOSTED I'm In It Jay KING LIFE like Lil Lost ME MIXTAPE money music My new Next No Of OG on Out PRESENTED RAP Remix Santana SAUCE spotify support TALK That the To trap Unsigned Up VIDEO WALKA What Who With you young
%d bloggers like this: